The concept of a developed core surrounded by an undeveloped periphery. The concept can be applied at various scales.

World-Systems Theory: Wallerstein
Capitalism incorporated a growing number of previously more or less isolated and self-sufficient countries into a complex system of functional relationships. Within a system a division of labour operated, with the core countries as industrial producers and the peripheral areas as agricultural and other raw materials producers. The terms of trade were heavily skewed in favour of the core. The process of underdevelopment started with the incorporation of a particular external area into the world system. As the system expanded, first Eastern Europe, then Latin America, Asia and Africa, in that order, were peripherised. The semi-peripheral countries/regions form the most dynamic part of the system characterised by an increase in the relative importance of industrial production. The NICs are competing to varying degrees for core status. This theory recognises that some countries can brake out of the state of underdevelopment. The rise and fall of major economic powers forms part of the cyclical movements of the world system influenced by economic long waves. The criticism on Wallerstein's approach include:
The Clark-Fisher model 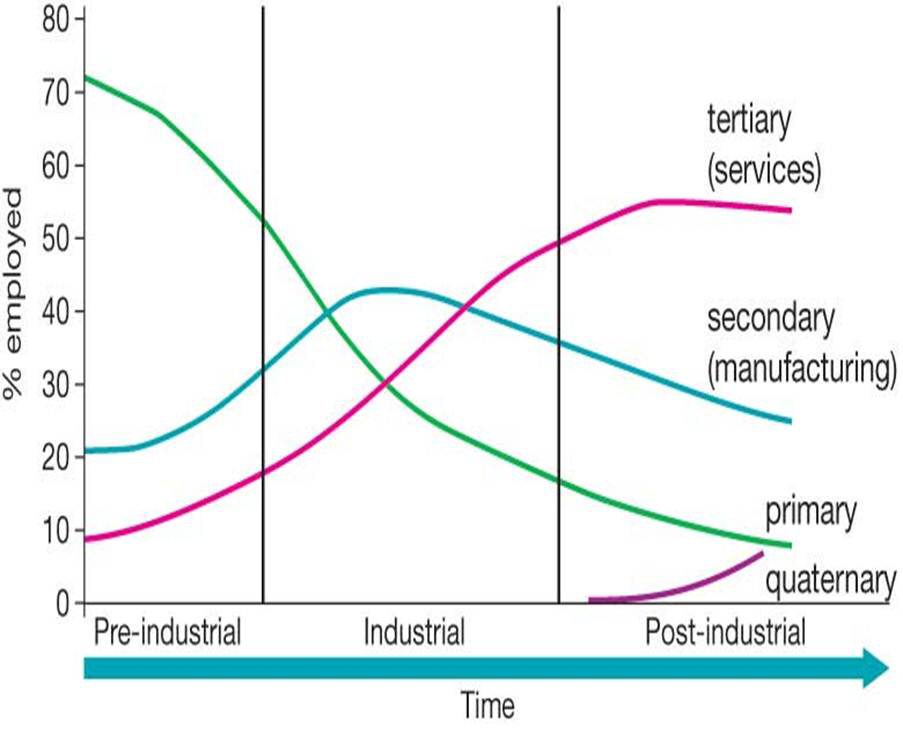